Macular Degeneration entails the deterioration of the central retina, called the macula. The macula is responsible for central vision, which naturally requires more detail. We use our macula to read, drive, distinguish colors and recognize faces.

Prognoses for MD vary broadly, as it can pause with seemingly no explanation. Mild cases my experience no clinically perceivable vision loss; if the disease progresses, people experience wavy or blurred vision. If it continues to worsen, however, central vision can be completely lost, leaving sufferers with only peripheral vision – basically the exact opposite of tunnel vision.

There are two basic types of Macular Degeneration: “dry”[7] and “wet”[8]. Dry MD, which comprises 85-90% of cases, does not involve any leakage of blood or serum, but rather the accumulation of yellow deposits called drusen under the macula. Dry MD generally has a better long-term prognosis, with most retaining decent (approximately 20/40) central vision.

With Wet Macular Degeneration, abnormal blood vessels grow under the macula. Their leakage causes a bulging that can lead to rapid, severe vision loss.

MD is usually age-related, meaning it starts later in life. A less common form of MD, Stargardt disease,[9] is found in young people, and has a particularly poor prognosis for long-term vision retention. Fortunately, this wasn’t my diagnosis, either; my macula were healthy. 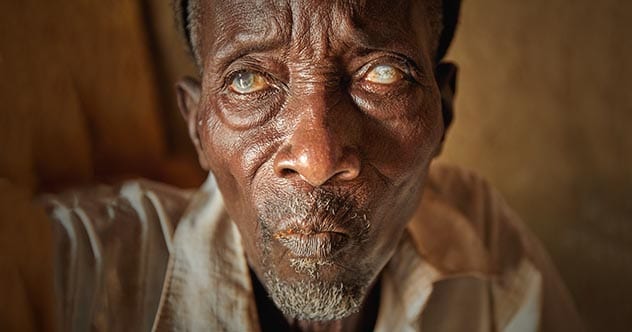 When you present with unidentifiable vision loss, doctors ask seemingly arcane questions in an attempt to rule out some of the outliers. One of them is “Have you been to Africa or the tropics lately?”

More commonly known as River Blindness, Onchocerciasis[10] is an eye and skin disease caused by tiny worms, which are transmitted through the bite of a type of blackfly. The insects tend to breed in fast-flowing streams and rivers, hence its informal moniker. Once inside the body, the worm produces thousands of baby or larval worms, called microfilariae, which migrate into the skin and eye. How adorably debilitating.

When the microfilariae die, they emit a highly toxic compound that causes insatiable itching and eye lesions that, over time, can lead to irreversible blindness and disfiguring skin diseases. Alarmingly, in some West African communities about 50% of men over 40 years of age were once blinded by Onchocerciasis.

I had not been to Africa, Latin America or other known trouble spots. it was determined that I had not been blinded by the bite. Next question, doc. 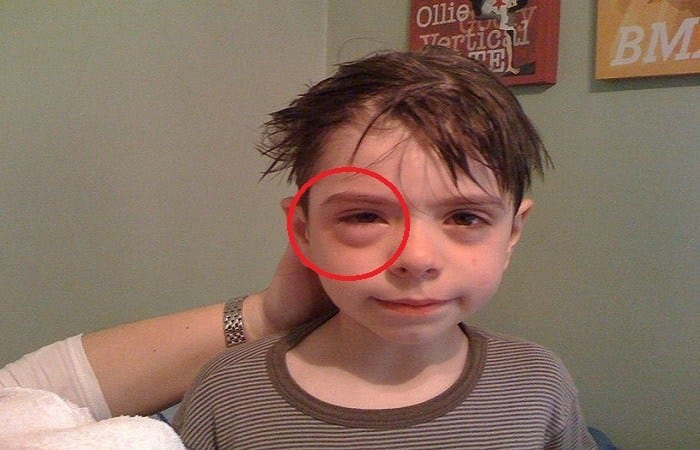 “Have you come into contact with any old pipes, or paint, or drank water that wasn’t fresh?”

There’s no polite way to basically ask someone if they’ve been eating paint chips.

The doctors did, however, have to rule the scenario out. In addition to affecting brain function, lead poisoning[11] can have devastating effects elsewhere in the nervous system – including the optic nerve, which transmit images to the brain for processing.

Through this cognitive dysfunction, lead poisoning can present with a variety of visual symptoms, including difficulty seeing in low light, blurriness, and chronic eye irritation. It also brings an increased risk of developing cataracts, though that wasn’t a factor for someone in his early 20s, as I was.

As evidenced by the recent lead catastrophe in Flint, Michigan,[12] lead poisoning is still far too common for something so preventable. Lead has historically been used in a variety of consumer products including gasoline, paint, craft supplies, and plumbing materials – hence the doctor’s off-putting question about contact with pipes. Fortunately wide-scale lead exposure in developed nations is rare.

Here’s What Happens When You Have a Silent Stroke

16 Silent Symptoms of Leukemia That 85% People Ignored, Never Too Late to Check It

8 Popular Exercises That Even Fitness Instructors Do Wrong