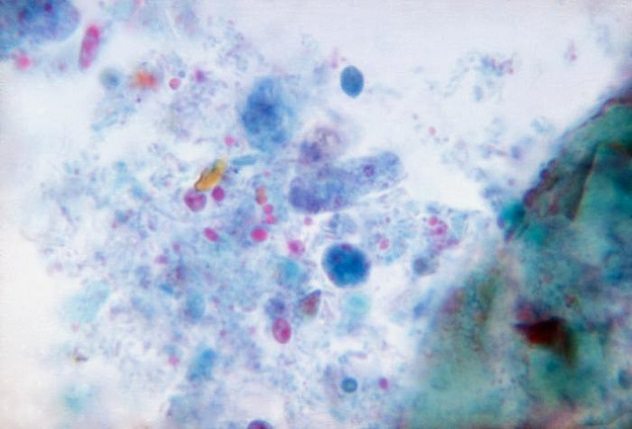 This single-celled parasite is fairly mysterious. Not only do scientists and medical professionals not know how it is transmitted, but they don’t know if it produces any symptoms in human hosts.[8] It might cause diarrhea and abdominal pain in some cases, but mostly, it is asymptomatic.

There have been some connections with pinworms, and it is conjectured that transmission comes from eating the eggs, but really we don’t know much about this pervasive parasite. We do know that Dientamoeba fragilis can infect large populations without anyone knowing they have a parasite in them. 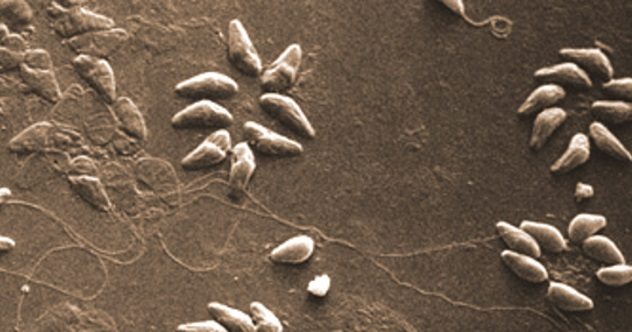 This group of single-celled parasitic fungi can infect a huge range of creatures, and humans are among them.[9] Unless the human host is weakened in some manner (such as being immunocompromised), the fungi can exist asymptomatically and harmlessly. These spore-forming parasites often live in fish.

Microsporidia were originally considered to be protists. However, their genomes resembled fungi more than other eukaryotic organisms, and they are now classified as such. 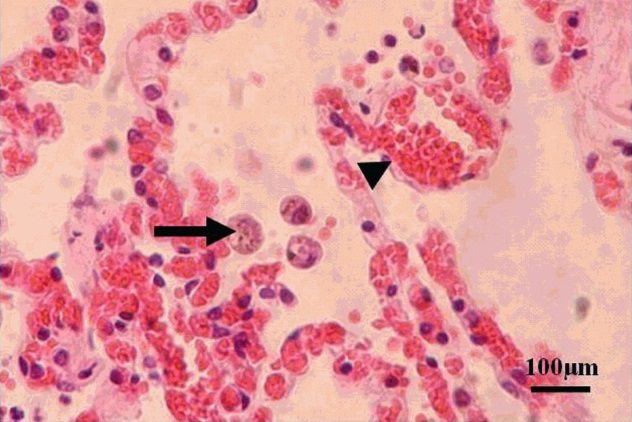 This parasite might be one of the most famous, partly because it can be found in nearly a third of the world’s population and partly because it might alter someone’s brain, which sounds like something out of a science fiction novel. Toxoplasma gondii is a parasite aims to be in the gut of a cat. How it gets there is fascinating. It will infect rats and mice that have been exposed to cat feces. Then it will travel to the brain and pretty much take over the rodent’s natural fear of predators, turning it into attraction. The rodents, instead of running away like they normally would do, instead seek out cats and promptly get eaten. The parasite has then succeeded in its goal of ending up in a cat’s gut.

Where it gets weird is that Toxoplasma gondii can also infect humans. There are generally no symptoms unless the person infected is pregnant. However, the parasites might also try to change the brain chemistry of their human hosts, potentially leading to schizophrenia and suicide.[10] At least one scientist attributes Toxoplasma gondii with political dissent and higher rates of car crashes. This, however, hasn’t been accepted by mainstream scientists. But maybe next time you forget to pay your bills or walk into traffic, you can blame your cat’s parasites.