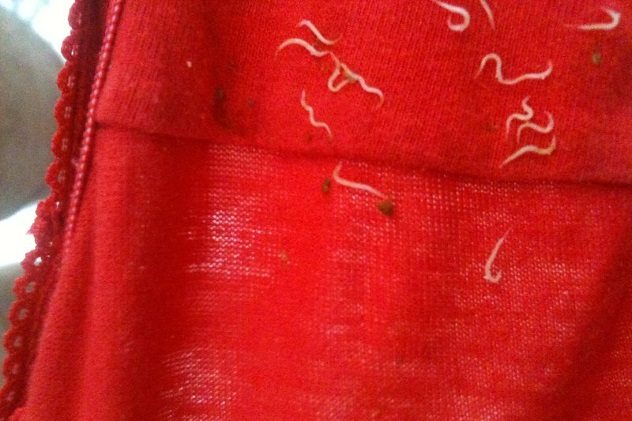 Pinworms are a parasite that can spread very easily. They are generally the most common parasitic infection in North America. They live on the human anus, so it takes just one scratch, and then anything that person touches can be covered with pinworm eggs. If someone swallows an egg, they become infected.[4]

There are generally very few symptoms; sometimes it’s just a mild irritation, which encourages the infected host to scratch their butt and keep spreading the eggs. Mostly, pinworm infections are found in children, but they can easily infect anyone who has been exposed to them. 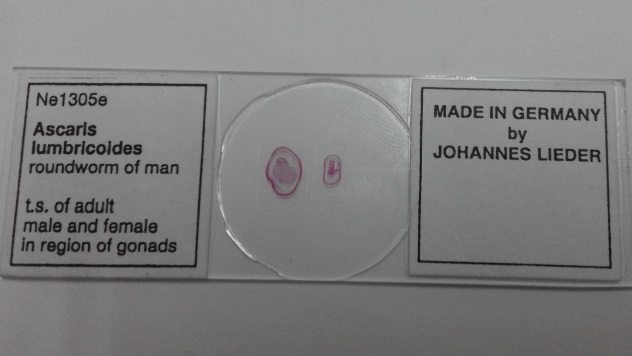 Ascariasis is a roundworm infestation that attacks the small intestine. It usually spreads from exposure to human feces or uncooked meat, however it can also spread via human-to-human contact.[5] Usually, it has few symptoms, unless the host has a large infestation of these roundworms.

Children are the most likely to display symptoms, and they’re often at a higher risk of getting infected with ascariasis because of their tendency to put their hands in their mouths. They can suffer bloated stomachs and pain as a result. Mostly though, the little roundworms just live in your stomach until they are ready to be pooped out. 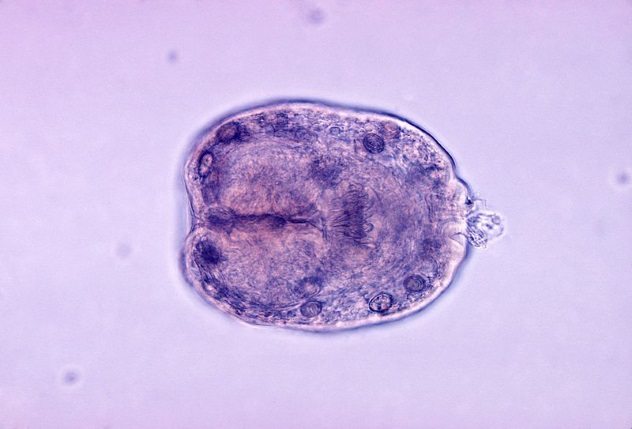 Our canine besties can give us a parasite that will slowly grow inside humans for years without symptoms.

Echinococcus granulosus mainly infects dogs but can also get inside humans who have been exposed to canine feces or have even just petted a dog. It is a tapeworm-like larva that will create cyst-like lesions in the liver or lungs.[6] 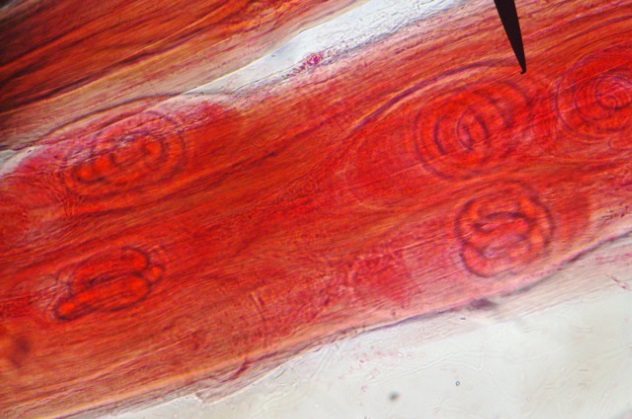 Trichinosis is a roundworm infestation that usually occurs after eating undercooked or raw meat. It is mostly found in boar or pig meat. So if you’ve been hankering on having a medieval feast with your chums, make sure to cook that boar all the way through.

Once the trichinosis larva is in the intestines, it will develop into a mature worm, which will produce more larvae that can go through muscles and other body tissues.[7] If a small sample of larvae is swallowed, the infected host might never know that they have trichinosis. However, a large infestation causes intestinal pain and diarrhea.