In an episode of House, the medical marvel kidnaps the star of his favorite TV soap opera when he spots a symptom he feels needs investigating. Such a wacky event could never happen in real life, surely? Well, it did—minus the kidnapping.

Tarek El Moussa, host of home renovation show Flip or Flop, was diagnosed with cancer when a viewer wrote in. The viewer had been watching a marathon of the show and noticed that El Moussa had a lump on his throat.[4] Most viewers, like El Moussa himself, probably wrote it off as nothing more than one of those lumps and bumps we all have. But Ryan Reade was a nurse, and her concerns were justified.

El Moussa’s doctors discovered that the lump was thyroid cancer that had spread to his lymph nodes. El Moussa had the tumor removed and underwent chemotherapy. He later got to thank nurse Ryan on TV, crediting her with probably saving his life.

In 1973, Dr. Sanders T. Frank wrote a letter to The New England Journal of Medicine, in which he drew attention to the link between patients with angina and a diagonal fold in their earlobes. This symptom is now known as Frank’s sign and has been linked to heart disease and strokes.[5] A recent study found that in people who have had a stroke, Frank’s sign was present in over 75 percent of cases.

There is no medical consensus as to why problems of the heart and blood flow should cause this diagonal fold. Some suggest that it is caused by problems in the arteries present in that area. Others contend that it is related to increased cell aging.

While Frank’s sign has only recently been recognized, historical cases have been found. Busts of the Roman emperor Hadrian show his ears with pronounced diagonal folds. How did Hadrian die? Ancient sources describe him as having symptoms that would today be linked to congestive heart failure.

Dementia Can Be Diagnosed From Writing 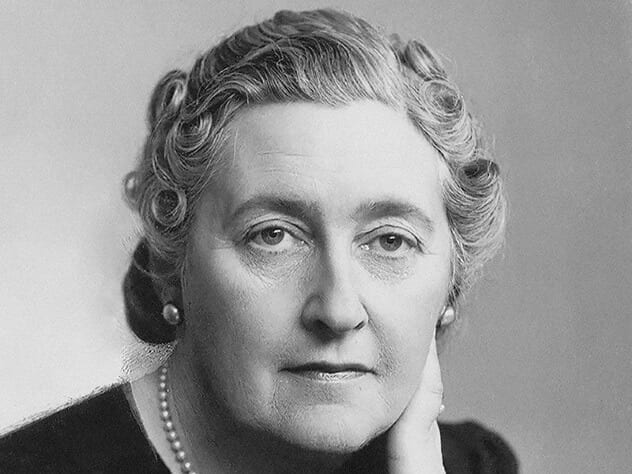 Iris Murdoch, the brilliant philosopher and novelist, succumbed to Alzheimer’s Disease, which left her confused and unable to remember anything. This cruel disease would eventually prevent her from writing any more, but it may have left clues which will allow others with the disease to be diagnosed earlier.

By studying Murdoch’s 26 novels, scientists were able to compare her use of language over time. While her style and construction of sentences remained the same, her vocabulary dwindled toward the end of her career.[6] Another author whose works have been studied, Agatha Christie, showed a 20-percent decrease in her vocabulary over the course of her career. It may be no coincidence that her late novel Elephants Can Remember is centered around a female novelist struggling with a failing memory.

Here’s What Happens When You Have a Silent Stroke

16 Silent Symptoms of Leukemia That 85% People Ignored, Never Too Late to Check It

8 Popular Exercises That Even Fitness Instructors Do Wrong