Sometimes our own thoughts can seriously harm our mental health, our self-esteem, and our overall well-being. So it`s important to recognize certain thought types that aren’t good for us. For example, if someone compliments us on our achievements, we shouldn’t brush it off and say it’s not that big of a deal. Instead, we should accept the compliment and admit to ourselves that we truly deserved it.

We realize that our own thoughts can be more powerful than we think. So be on the lookout for these toxic thoughts, and you might just see some positive changes in your life!

1. You think in extremes. 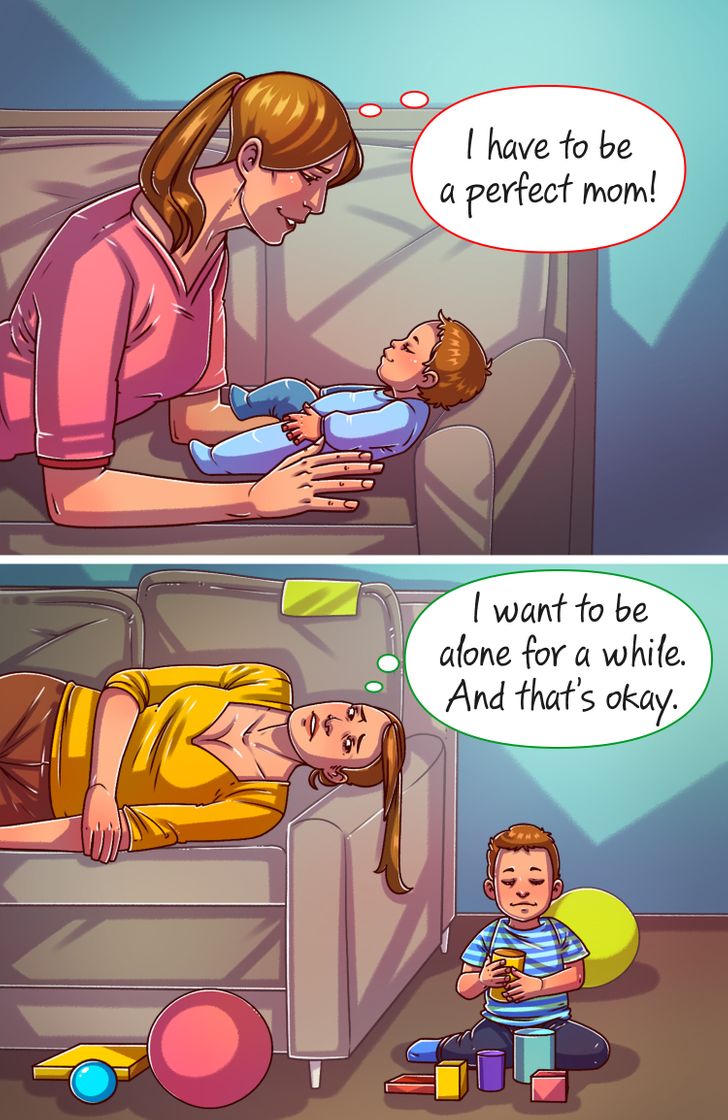 Thinking in extremes is called all-or-nothing thinking. You feel like you have to be perfect: you’re either successful at work or a complete failure. At home, you have to be the best mom or wife possible, and if there’s even a minor aspect of those roles that you aren’t fulfilling, you start feeling guilty and disappointed in yourself.

Allow yourself to be imperfect, starting by not using black-and-white terms anymore. For example, if you’re self-conscious about dancing while other people are around, don’t think, “I’m an awful dancer. Everyone will stare at me and think I look stupid.” Instead, think, “I like dancing, so I’m just gonna enjoy myself. And I probably won’t see these people again anyway, so it doesn’t matter what they think.” 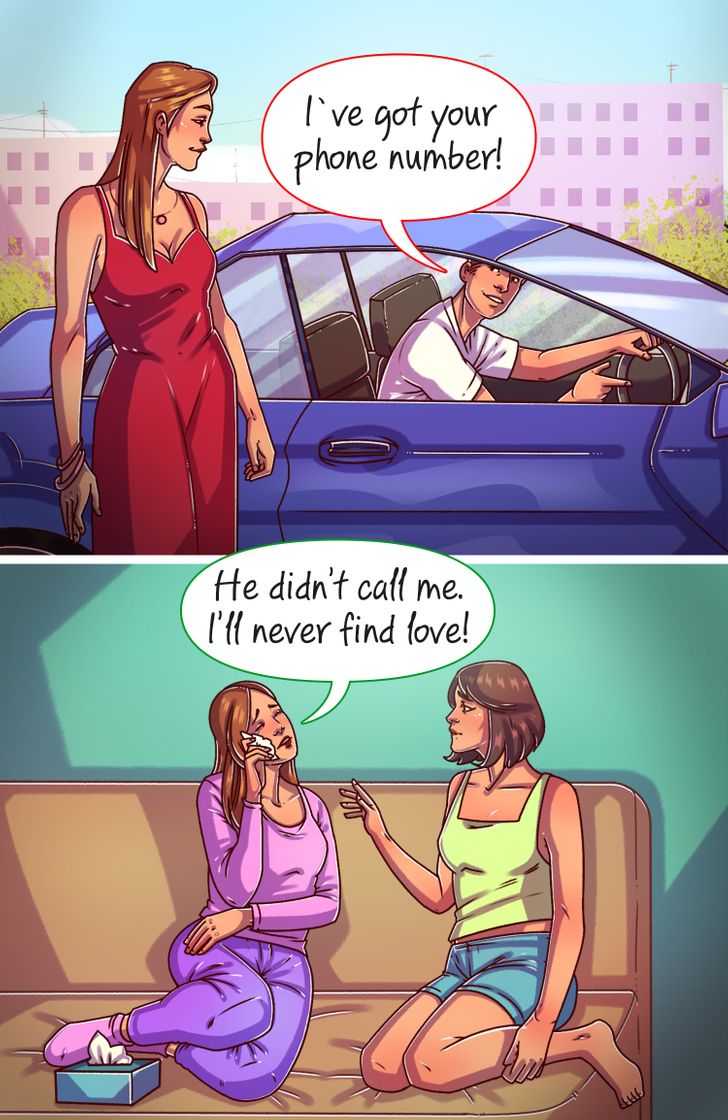 Sometimes a couple of negative outcomes can make you think everything that follows will be just as miserable. For example, if you get no job offers after several interviews in a row, you might think, “I’m a loser. I’ll never get a job.”

Instead, try to see yourself and the world around you in a more realistic way. Accept that setbacks happen and that they don’t define who you are or what will happen next. Remember that the skills you have are valuable and that you’re still a worthwhile person in spite of those rejections. 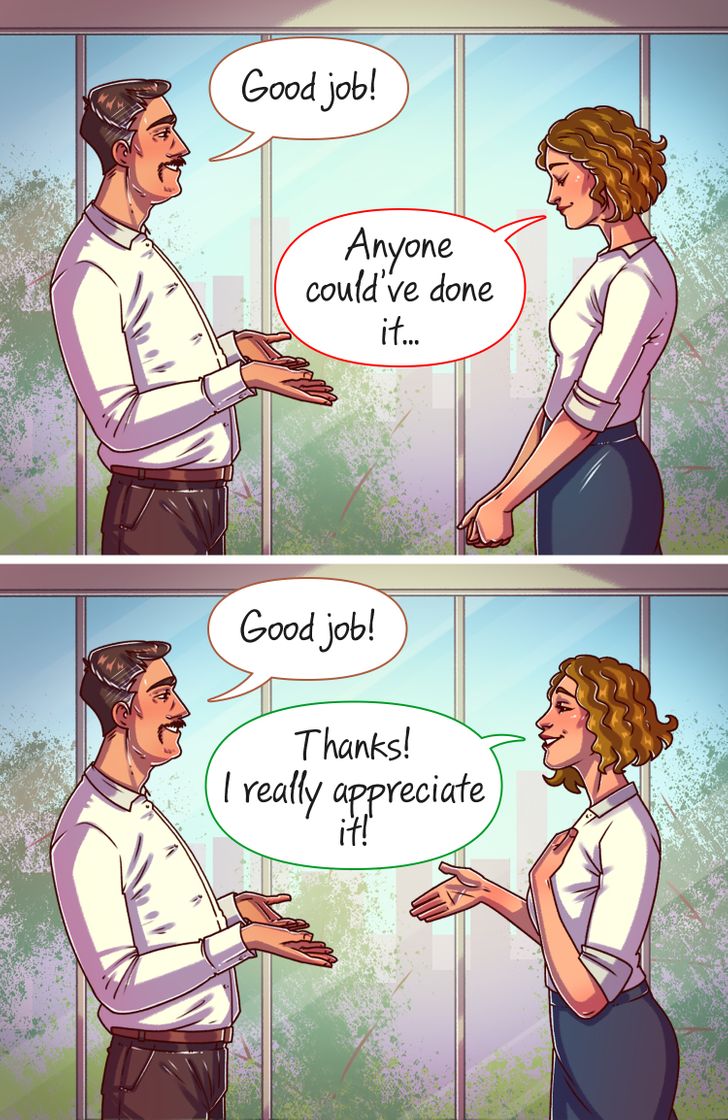 You might feel like you don’t deserve it when someone praises your work. So when someone says, “You’ve done a great job!” you say, “Thanks, but anyone could have done it just as well.” Or you just say thanks, but think, “She’s just saying that to be nice, but she doesn’t really mean it.” And in thinking that, you reinforce your belief that you aren’t worthy of praise.

Learn to accept positive feedback and not devalue your self-worth. So instead of perpetuating a negative self-image in your thoughts, trust that whoever complimented you really meant it, and try to feel good about it.