Are there limits to what ordinary people are capable of, or are we all susceptible to madness?

Our team has shed some light on a few famous experiments that turned everything we know about the human mind on its head. People are full of surprises. 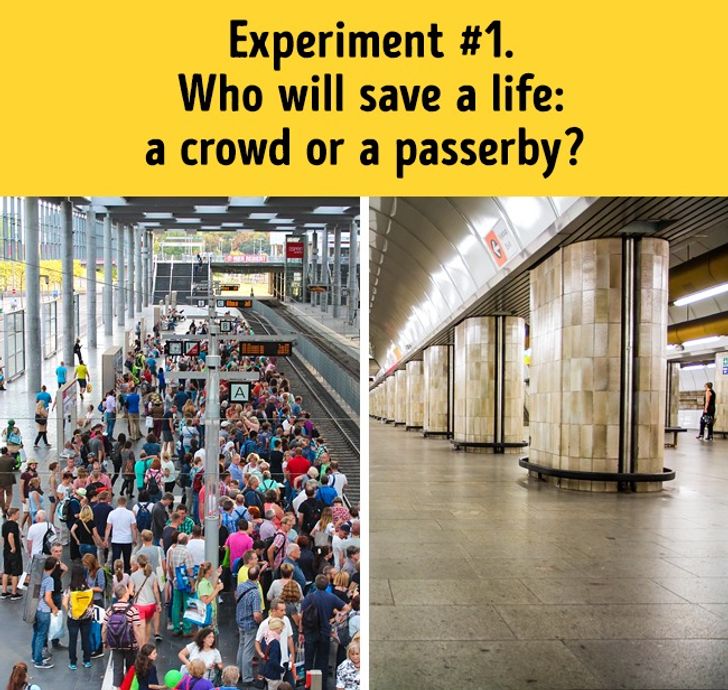 The test subjects were all in one building. An actor suddenly pretended to have an epileptic fit. It was found that the more people there were in the room, the more unlikely it was that someone tried to help.

Conclusion: A passerby is more likely to help someone in an emergency than a crowd. In the latter case, people tend to look on in sympathy at what’s happening. 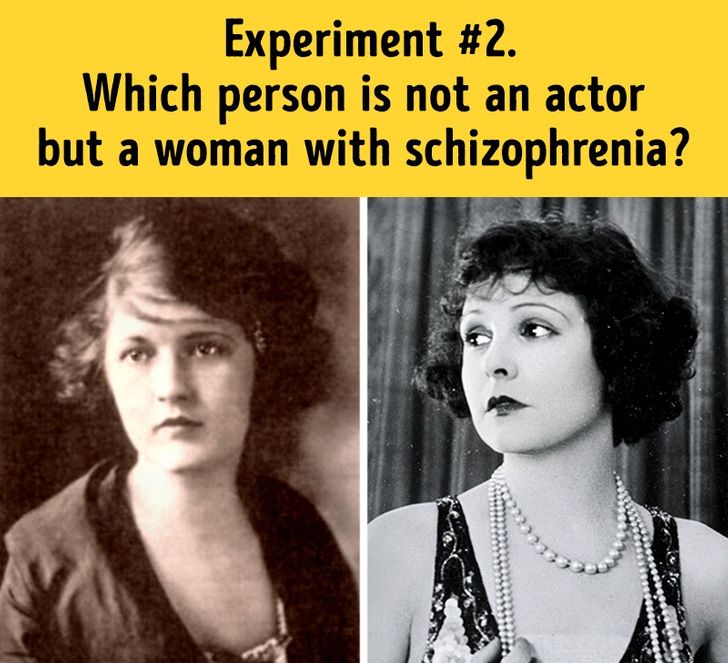 95 specialists in psychology were divided into 2 groups and made to listen to a recording of an actor. The first struggled to make a diagnosis based on what they’d heard. The second group, having been told that the person was mad, gave a diagnosis of schizophrenia. The actor was, in fact, mentally healthy and was merely imitating the speech of someone who was mad.

Conclusion: Zelda Fitzgerald suffered from schizophrenia but outwardly was in no way different from the creative and mentally stable women of her era. 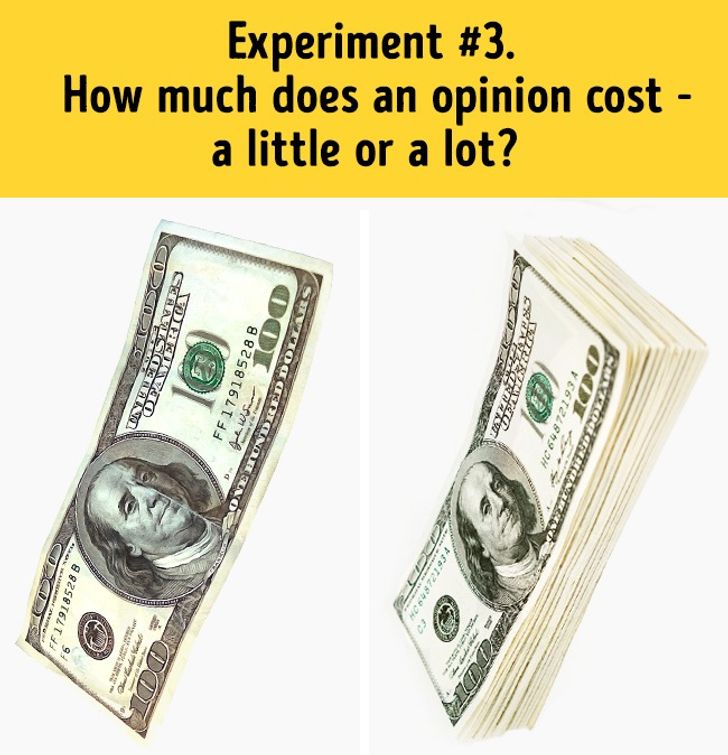 It was proposed to some students that they write essays justifying some policemen who had suppressed a student protest. For their work, they were offered a financial reward from $0.50 to $10. Every test subject filled out a questionnaire that determined their attitude toward the police. The students that received $0.50 expressed greater sympathy toward the police than those who received $10.

Conclusion: The higher sum of money was interpreted by the students as a bribe, whereas the lower amount was seen as a real reward for their work. 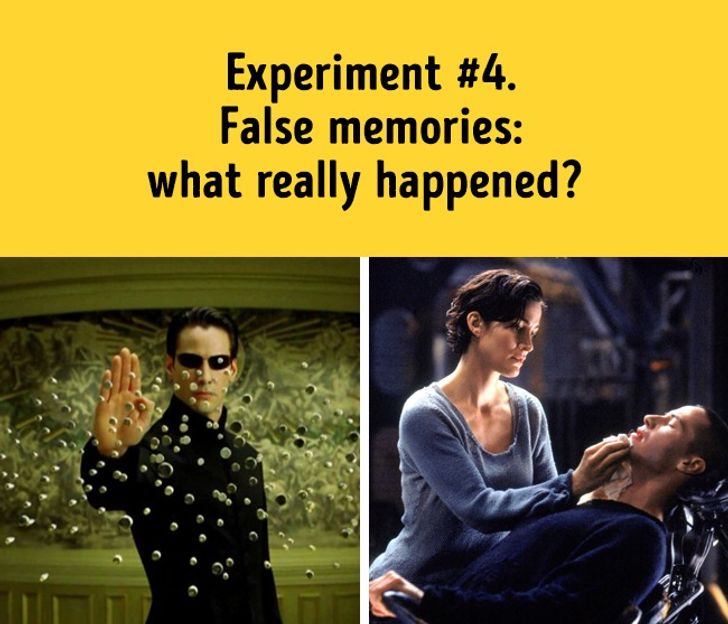 The test subject was shown a photograph depicting an accident and then asked questions about it. The questions deliberately mixed up the facts in order to confuse the test subject and create an impression that something completely different had been depicted in the photograph. The result was that the test subject created new false memories about what they had seen.

Conclusion: The experiment raised doubts about witness testimony, revealing it to often be at variance with reality. 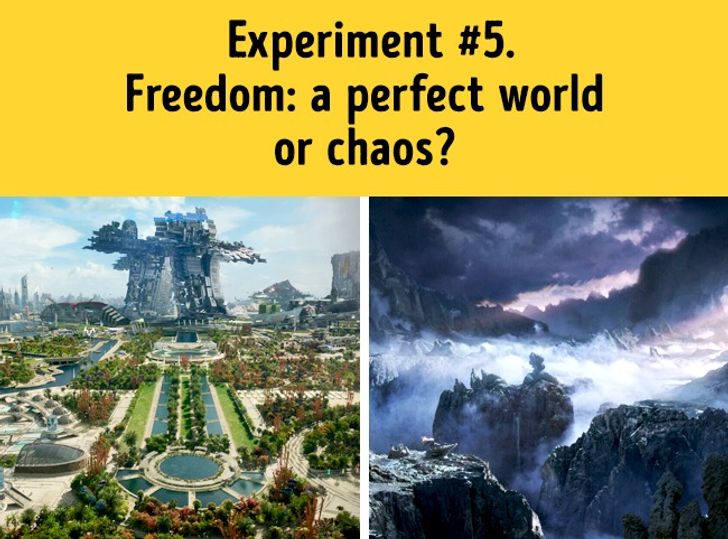 A woman sits without moving in the middle of a hall. Next to her there is a table with 72 objects on it, among which are a rose, a feather, some scissors, and a pistol. For six hours, audience members were able to select any of these objects and do whatever they wanted with it to the woman. In a relatively short amount of time, people began to show aggression toward her, pulling at her clothes, cutting off her hair, and beating her with a whip. One person even tried to kill her, and another person had to stop them.

Conclusion: The experiment showed that very little is needed to turn a person into a beast. All that has to be done is for all normal rules of behavior to be removed. 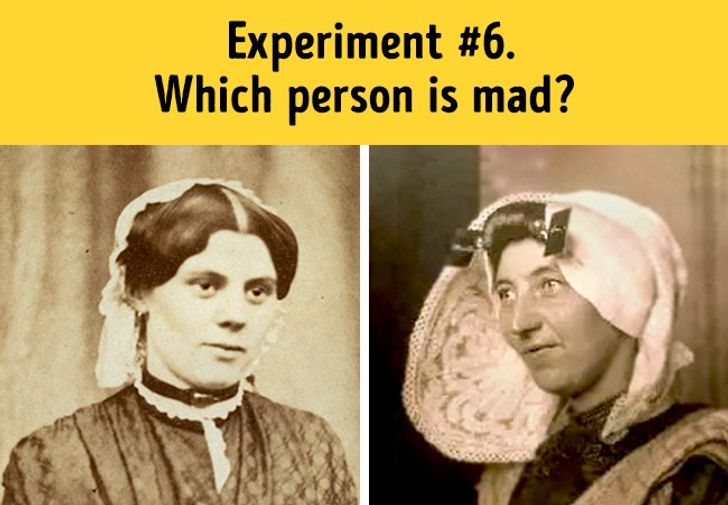 7 people posing as mentally ill individuals tried to commit themselves to psychiatric hospitals. Every one of them was taken to be someone suffering from insanity and assigned a course of treatment. Later, one of the pseudo-patients, who was a famous psychologist, published an article in which he revealed how he and the others had simulated their symptoms. This placed the reliability of psychiatric diagnoses in doubt.

Over the following three months, the psychologist claimed that he would be sending additional “false” patients to a particular mental hospital to see if they could get themselves committed. During this period, doctors discovered 41 “simulators,” although the psychologist had, in fact, not sent a single person to the institution.

Conclusion: The experiment showed that doctors working at psychiatric institutions saw madness where they wanted to and diagnosed those who genuinely had problems with perfect mental health.