Everything from family and friends to the media can have a negative influence on body image, but here’s how to take action and work towards a healthier relationship with your body.

People tend to focus on “problem areas” when they look into the mirror, filling their minds with negative self-talk as they critically appraise their appearance. If you start to internalize these bad thoughts, you can fall into a vicious cycle of never feeling like you look good enough, dieting, and even disordered eating, say experts. There’s a way to put an end to the shame spiral—just check out advice from our health experts on how to improve your body image without dieting. 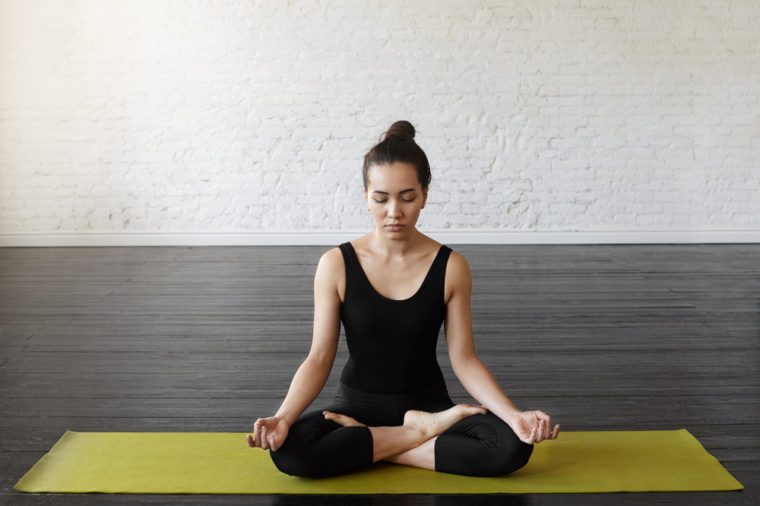 When most people want to improve how they feel about their bodies, they often focus on moving more—not taking time out to relax and meditate. But according to a 2015 study published in the journal Mindfulness, finding your inner peace may help chase away feelings of body dissatisfaction. In the study, women who participated in guided self-compassion meditation for about 20 minutes daily for three weeks reported an increased appreciation for their bodies. How? “Meditation requires you to practice being present in the moment, which has a cleansing effect on the subconscious mind, clearing out the body-shaming, self-hating garbage that gets stuck there,” explains Ashlee Davis, a certified fitness trainer and yoga instructor in Atlanta, who helps her clients develop a positive relationship with food and their bodies.

Take action: You can listen to audio files of the exact meditations used in the study at selfcompassion.org. But really, most forms of meditation can be effective, says Davis. Check out local meditation classes or download a meditation app like Inscape, and commit to a daily practice. 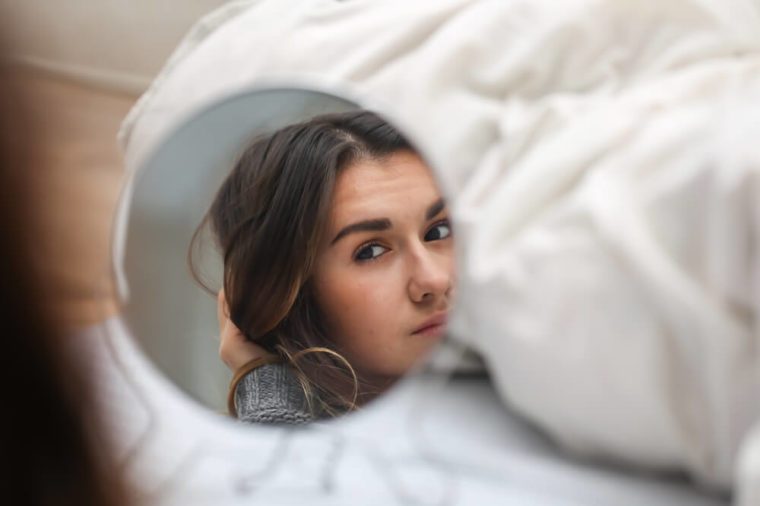 “My thighs are so big.” “I wish my arms looked like hers.” “I wish my stomach was flatter.” Living in a day and age where we’re surrounded by images of perfectly Photoshopped people, it’s not uncommon to have thoughts like these. Research, including a 2016 study published in Psychology of Women Quarterly, shows that negative self-talk can have a detrimental impact on your confidence and mood, says Lindsay Henderson, a psychologist who treats patients virtually via telehealth app, LiveHealth Online, in Pittsford, New York.

Take action: “Start paying attention to how you communicate with yourself, and track both the positive and negative examples of it throughout each day. Noticing and observing this self-talk is the first step toward changing it,” says Henderson. Next, start challenging these messages. “Write down things you like about yourself, and keep those positive messages on hand so you can fight back next time negative self-talk rears its ugly head. The seemingly insignificant act of challenging your own internal thoughts has a remarkable impact on one’s emotions.” 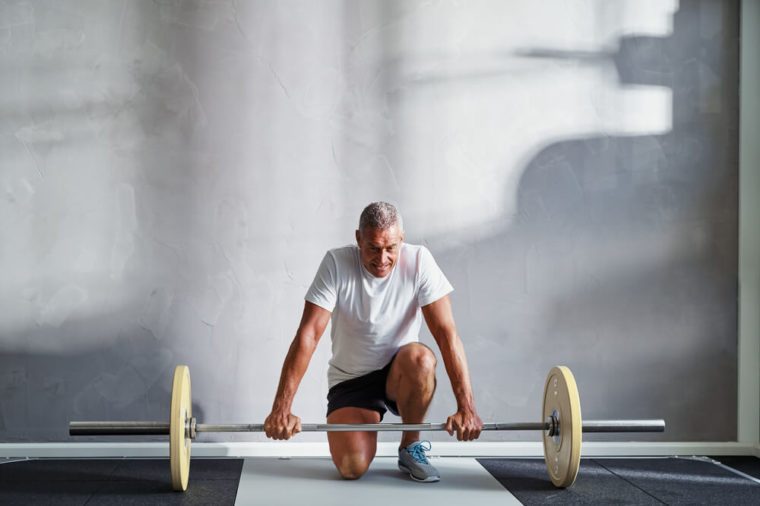 When it comes to improving body image, strength training trumps aerobic exercise, according to a meta-analysis in the journal Psychological Reports. “Strength workouts have the power to shift your focus from a number on the scale to healthy self-competition, determination, and dedication to your own growth,” says Davis, who was not involved with the study. “With weight training, you have an opportunity to prove to yourself that you are capable of much more than you previously thought,” she adds.

Take action: If you’re looking to explore this type of workout, Davis suggests reaching out to personal trainers at your local gym or joining a club that specializes in weight or functional training, like a CrossFit facility. “Keep an open mind and don’t be afraid to ask questions. We all have to start somewhere. Many people in this section of the fitness world remember that and are happy to help out.” 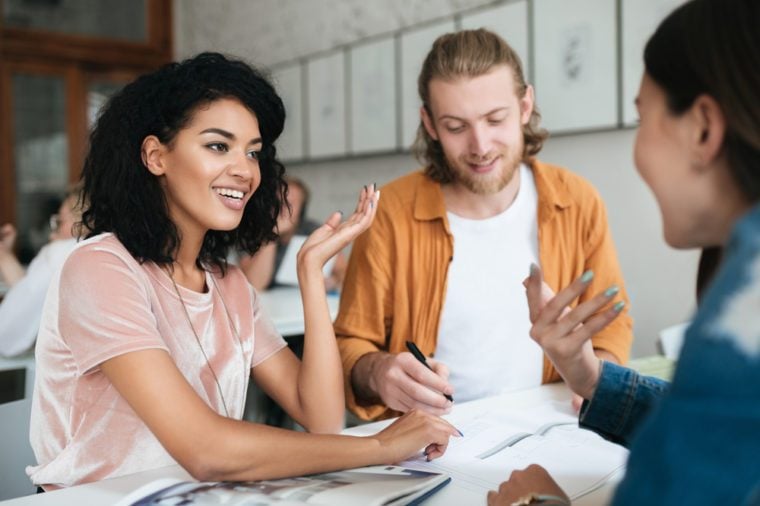 Women are more likely to report body dissatisfaction when their friends regularly discuss dieting, exercise, and the desire to lose weight, according to a 2013 study in the journal Sex Roles. “We’re all shaped by our environment, including commentary from friends, family, and social media connections,” Davis explains. “Even when these negative thoughts and feelings are self-centric, they have the power to plant seeds in our own minds, and often do, especially if we succumb to temptation and sink to their level,” adds Davis.

Take action: The next time a friend zeros in on their flaws, try giving him or her a compliment and then shifting the focus of the conversation. “Speak up and kindly express your desire to shift the dialogue. If certain friends or family members choose to remain stuck in their ways, consider creating healthy boundaries and an exit strategy when sensitive topics come up in conversation,” Davis suggests. This will not only help lift your friend up but also help give your self-esteem a boost, too. 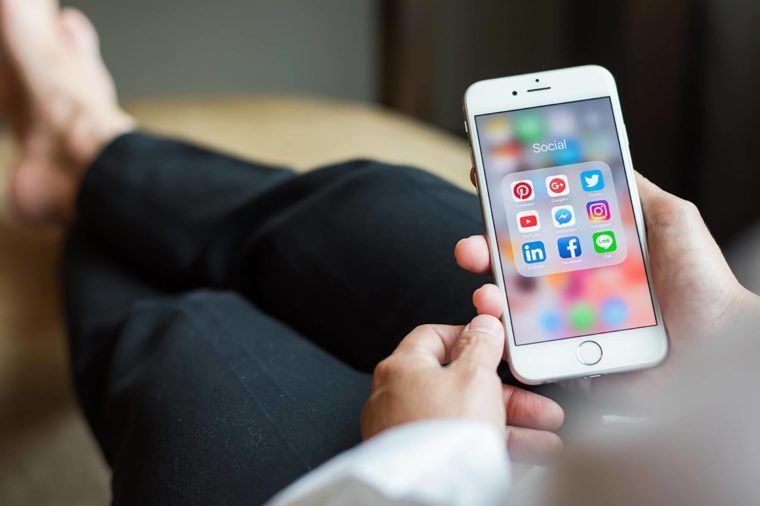 We’re spending more time on social media than ever before, with data from Statista finding that the average person logs over two hours a day on their various accounts. While scrolling through Instagram photos might not seem like a big deal, a 2016 study in the journal Body Image suggests that logging a ton of time on social media can be detrimental to women’s body image.

Take action! “It can be helpful to avoid media sources that you find promote or feed into your negative body image and self-esteem,” says Henderson. “This might be different for everyone, so it is important to reflect on how different social media sites, websites, magazines, and TV shows make you feel. Then, cut out the sources that make you feel low.” If the thought of shutting out social media seems overwhelming, Henderson suggests doing a one-week trial and taking note of how you feel before and afterward. “Seeing evidence of improved mood and body image might help to realistically resist the draw of compelling media sources,” Henderson adds.